All of the details about teaching that terrified me at first are second nature to me now. Oddly enough, it wasn’t a gradual thing: it just sort of happened recently, like the flipping of a switch. Case in point: The Monday before last, I was looking ahead to tonight, thinking “Man, I am going to be so dead by then.”

It was a legitimate concern. Last week was the end of the semester, complete with final projects, final tests and a lot of grading. Last weekend was the JAM retreat, a 3-day trip up to the mountains with 18 middle schoolers and the HS INCAN team. This past week was the beginning of the new semester which meant a ton of preps and a ton of teaching (and yes, teaching is measured in tons). Basically, I was looking at two weeks of firing on all cylinders, without much rest between the two weeks.

Now, here I am safely on the other side of those two weeks, sitting in a recliner with the dog by my side and my computer in front of me, thinking “Man, that wasn’t bad at all!” I’m tired, yes, but it is the best tired that I’ve felt since I started teaching. I feel like I hit some sort of stride this week that I hadn’t hit before.

I’d always naively assumed that this moment of arrival would be heralded by trumpets and fireworks, that my students would tear the analysis pages from their lit. textbooks, and stand on their desks, saluting me: “O Captain, my captain.”

It was nothing like that. There were no trumpets or fireworks, although there were ocarinas and glow-sticks. Does that count? 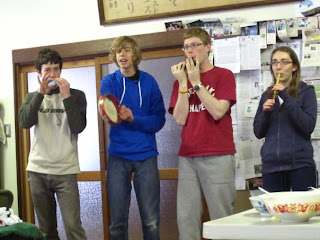 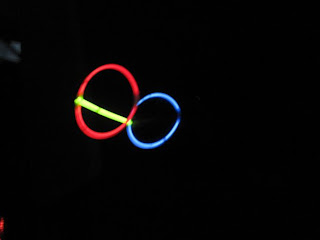 
And there were no dramatic, motivational classroom moments. In fact, several of the activities I’d planned for the week fell flat, and I earned the resentment of at least a few students for instituting a stricter system of classroom rules. What was different was that I was 100% confident about every decision that I made this week, and I didn’t feel as though I was thrashing to keep my head above water (a move I’ve perfected both in school and on the dance floor). This probably doesn’t make any sense to a non-teacher, but it made a world of difference in my own outlook and attitude about the week.

I think it was this feeling of ease, of arrival, that lead me to think about a subject that hadn’t crossed my mind in some time: girls. And my conclusion? I miss girls.

I spent so much of my high school and college career whining about not having a girlfriend that I ultimately took girls my own age for granted. I just sort of assumed that they would always be there, and that things would work out for me sooner rather than later (because you know how girls go for scrawny, pale, red-haired, whiny guys…).

Now, at a time and place in my life where there are literally no girls my own age, I feel like I’ve finally moved past that whiny stage. That's called irony, for those who don't know.
Although I’m not quite there yet, I feel as though I’m closer than ever to having the perspective, wisdom and maturity to be involved in a serious relationship. Will that relationship happen soon? Probably not. I am going to have to wait a while for the right girl to come along. Perhaps that’s what maturity is—shedding that sense of urgency and immediacy—moving from “I need a girlfriend NOW” to “I need a girlfriend when God wants me to have one.”

Anyway, that’s where I am right now. This revelation has been especially shocking to me, the king of the impatient, emotionally immature whiners. Maybe I’m growing up. It’s a scary thought, but exciting too. So, I’ll wait. I’ll enjoy my new-found confidence in a job that seems more manageable than ever before, and I’ll enjoy my days of single-hood, because those days are numbered (even if I’m not sure what the number is).

This is my second time writing this blog-post by the way. The first time I got to this point, I pressed delete to fix a spelling error and Firefox backed me off the page that I was writing on. Just a temporary setback—this 2.0 version of the note is better anyway. Now, off to bed!
Posted by Nate Gibson at 5:17 AM

Nate Gibson
Farmboy from Lynden, WA. Grad. from Dordt College in NW Iowa in Dec. '08 Currently teaching at the Christian Academy in Japan.